In this HEMS Roundtable, the panel discuss some of the ways and means of conducting low friction service transitions for both Air Ambulance and HEMS operations.

Transcript of the video

Scott Thanks Glenn – it is a good question and I’ll not name names but all three occurred because the incumbents were not meeting the KPI’s that were required and in two case the financial viability of the operator was in doubt. This placed the customers in all three case in a situation that they needed to substitute the operators quickly, in a low friction way, and do so without compromising the operation. After all, KPIs in our business are not just numbers, they are potentially people’s lives.

Glenn.  You mentioned low friction. What does that actually mean?

Scott.  Perhaps I can start and then I’ll bring a few of the team in.

Nearly all of our clients rely on aviation to achieve something, however the vast proportion of them don’t want anything to do with the complications involved with it. They rightly expect an asset to be there, at the allotted time to do its job of work. It is up to us to do that. In this sense a ‘low friction’ transition is to make sure that happens in a seamless, barely noticeable way.

Ian .  As Scott alludes to in his answer, the key is ‘low friction’ regardless of the magnitude of change. For example, our transition to take on the rotary side in Scotland required us to stand up the flight crew, engineers, aircraft (with the required HEMS fit), as well as an addition to our AOC, an addition to our engineering approvals, a new supply chain, plus all the associated training requirements, not to mention the build of a new £1million facility in Inverness, all in just short of 18 months.

But it was definitely ‘low friction’ – as at no time was the service interrupted – one day the service was provided by one supplier and the next it was supplied by us. That in itself was a huge success, but even more so because the last few months of the transition and go live took place during the start of the pandemic. We went live on time at 07:00 on 1st June 2020. Much of this is testament to the project planning process.

Glenn. On that note, Neil, perhaps you can talk about the planning of the transitions. What are the key dimensions & pacing items for a low friction transition?

Neil   That’s a big question so let me break it down. Some of this appears to be common sense but it’s vitally important to understand that the definition (or planning) stage of a transition programme is where most of a project manager’s efforts are focussed.

Glenn. But Neil it is more complex than that surely?

Scott.  Neil, perhaps I’ll take that one. The answer is ‘yes’ – but without those five items in place, in our experience, you’re not going to achieve a low friction transition. I can’t stress enough that changing machines from one thing to another is easy – complex, human relationships and loyalties is much harder, but the results of getting it right as we have seen in all three of the contracts we have transitioned is transformative and very do-able in tight timeframes.

Andy.  That was certainly our experience with the flight crew and the relationship with the TCM’s and clinical team in Scotland. There was a sizable proportion of doubt about our abilities as a rotary operator at the start but by the end we’ve got a great team in, working with the customer to make improvements and the operation is working better than it ever did.

Glenn.  Let me bring it back to the ‘low friction’ point, as I want to get into the detail of this and address specifics. Let’s look at the three areas aircraft, locations & people.

Scott.  I’ll start and bring my colleagues in…

Glenn.  I want to bring in Andy into this. Andy, what about pilots, training regimes and the fact you could be left with nobody from the TUPE process. How does this work? Surely that is a large risk?

Andy.  Yes, it is. TUPE can leave you with nobody and in fact in Scotland it did. We also have a classified programme that also had a similar challenge. However, these challenges are known / knowns – they are manageable risks that where clearly identified in the risk log that Neil meticulously kept. So we had a plan which was enacted and actually I think we got to a better place.

We had people that wanted to fly for us and wanted to be part of a new HEMS team. They came from a wide range of backgrounds all of which we meticulously vetted. However, those backgrounds helped us make small changes to deliver the marginal service improvements that we set out to attain. Change can often be seen as a negative, but I don’t think it is. You get better through change.

Glenn.  Ok, I understand but what about the training – you’ve got a body of people that need to be trained, a new set-up and no aircraft how do you square that circle?

Andy.  Again planning. We planned for the likely eventuality that TUPE wouldn’t assist us. Therefore, we needed to make sure the delivery of the aircraft dovetailed into the hiring and then subsequent training of not just the pilots, but the TCMs, clinical teams, engineers and ground handlers. It is complex but with the PM team we have tightly orchestrating and nudging us along we deliver.

Ian.  Glenn, I want to add in here that you have also got to consider the macro-picture. We are an aviation services company and have been doing this for nearly 40 years. While we are talking about HEMS / Air Ambulance here we are almost constantly transitioning teams and assets from Boeing 777’s for a major lessor, to a $70m Gulfstream G650ER to a military ISTAR assets. Each programme is different, and I don’t want to give the impression of a cookie cutter approach but on each one you learn and those learnings you take to the next programme. In all cases though, we are dealing with people and companies that are intolerant of late delivery – so it makes you sharp!

Glenn.   I want to conclude by going back, to the start and looking at why transitions come about, what are the factors involved and why they are triggered.
Scott.  I don’t think this is solely related to the topic we are discussing. In my experience working in service organisations it usually falls the following categories:

Glenn.  Thanks Scott, my impression is that the preference is for the latter two?
Scott.   Yes but it rarely works that way. I think regardless of the situation we’ll always work with the parties to ensure that we do everything in our capability to meet the entry into service date, in a low friction managed way.
Glenn.  Thank you Scott. We are out of time on the roundtable but I wanted to invite questions from the floor. Please unmute, ask your question, and then remute. 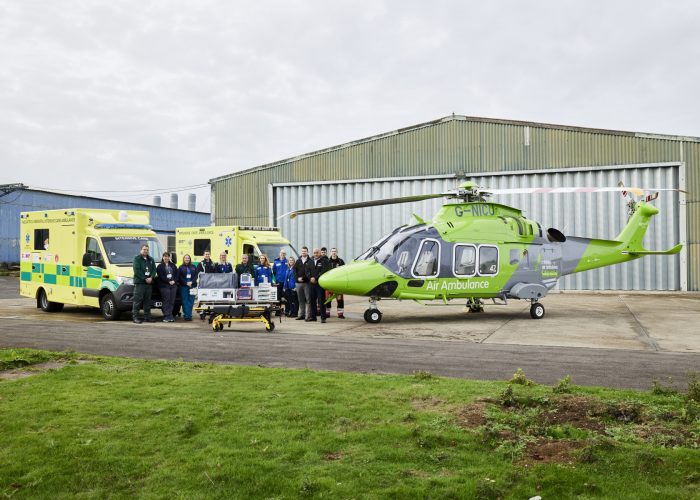 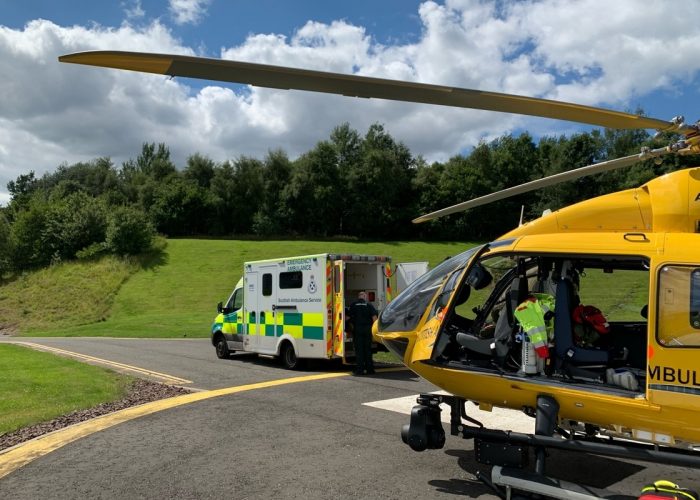